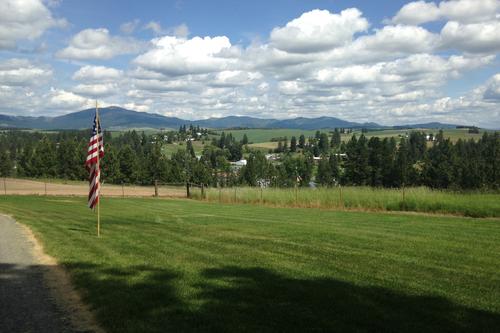 In the early days, the Native Americans had a crossing over Rock Creek, which was very rocky and the water was shallow. They called it the “Rocky Ford” and that was the way our town got the name Rockford. In 1889, the OWR&N Railroad was completed through Rockford and the town was incorporated.


In 1890, the town’s population was nearly 1,000! During this time of an all-time high population, and since the automobile era had not arrived, the only means of transportation was by horse and buggy. Livery stables were important and there were several here in Rockford and quite a few hotels. Currently, the population of Rockford is approximately 540.